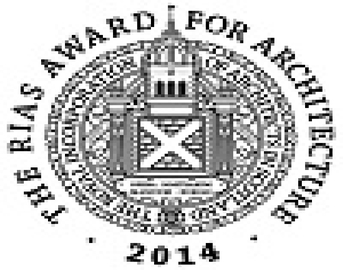 HebHomes sister company Dualchas has won two major architectural awards.  At a ceremony at the Hilton in Glasgow last night Cliff House on Skye won a RIAS Award, recognising its design excellence and its social and economic contribution to Scotland.

Additionally the house was one of just four projects which won a RIBA Award.  This UK-wide award means that the house will automatically be considered for the Stirling Prize, the world's most prestigious architecture award.

Project architect Daniel Bar said, "I am delighted that this design has been recognised.  It was a difficult site with a tight budget and demanding brief.  These challenges have resulted in a building which blends harmoniously into the surroundings of the island landscape".

Iain Connelly, President of the RIAS, commented,  “We had 83 submissions from throughout Scotland. They range in scale from £26k for a little garden pavilion to £125m for a nationally important entertainment arena. This number of entries is a tremendous vote of confidence and confirms that this relatively new award, in only its third year, is now the single most important recognition of architectural achievement in Scotland."